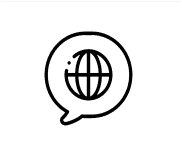 Catch the latest news and updates in our weekly email communications archives.

Login to ClassLink to access Infinite Campus and other learning applications.

How Does Coal Ridge Middle School Use its Mindfulness Room to Advance Academic Excellence?

Coal Ridge Middle School utilizes a mindfulness room to give students opportunities during the school day to practice regulating their emotions. Students who are stressed or overwhelmed have more difficulty learning and thinking. “Giving them strategies to calm down and regulate their emotions and re-engage their thinking brain so they can go back to class and learn is the ultimate goal,” says Todd Jackson, a counselor at Coal Ridge Middle.

The staff at Coal Ridge Middle leverages technology to use the mindfulness rooms effectively. “Students come in and sign in on an iPad, so we can track data. They put in their name, which zone they are in, then choose where they are in the zone, and how many minutes they need,” Jackson says. The Zones of Regulation are based on curriculum, and students are allowed three, five, or ten minutes of mindfulness time. The students score themselves on a scale of one to ten, with one being calm and ten being highly stressed. They are given a timer, score themselves again when their time is up, and check out with a staff member, letting them know where they are on the scale again. “So if they came in at an eight, hopefully they are at a four or less when they leave,” explains Jackson. Students are given passes when they use the mindfulness room.

Use of the mindfulness room benefits Coal Ridge Middle students in several ways. To date, there have been close to 1700 visits to the mindfulness room, this shows how much students are taking advantage of it. They have opportunities to regulate their emotions so they are more likely to learn when going back to class. When students are allowed to take breaks, they are less likely to be disruptive in class and distract other students from learning. Some students use the room on a regular basis, while others only use the room every once in a while. “Looking at the data, the students who are using it, at least 95 percent of them are passing all their classes,” says Jackson. “As in any case, there are also a handful of students who it is not working for but we can use that data and figure out other supports to make them successful.” As a tier one support, the mindfulness room is available to all students.

Take a look at some of our recent news.

St. Vrain Valley Schools will be holding  a Community Review for the following content areas: Elementary Language Arts Middle and Elementary School Science This event will be at the Timberline K-8 Community Room from 5:00-7:00 pm on Wednesday, February 1. Timberline K-8 is located at 233 E. Mountain View Ave Longmont, CO 80504. Thank you for expressing interest in […]

Silver Creek High School will host the annual Chinese New Year celebration on February 4, 2023 from 2:00-5:00 p.m. This Zero Waste event is free and open to the public and will include cultural performances, games, hands-on activity booths, and Chinese food samplings.